Shango, the Gorilla, and Jerry Wilson during Construction of the Oceanside Treatment Plant, 1988-1989

Shango, the Gorilla, and Jerry Wilson during Construction of the Oceanside Treatment Plant, 1988-1989

Editor’s Notes by Dave Evans:  The original for this article was sent to our John Gaston by one of John’s oldest and dearest friends.  The author, unknown, thought the lead gorilla in this verified story was Shango’s mother whereas Jerry Wilson’s spouse, Kathy Wilson, remembers the gorilla in question as being Shango’s father.  That said, I have chosen to stay gender neutral.  The Oceanside Plant and Shango were featured as the ENR Cover Story, “San Francisco comes clean” on March 4, 1991. [Historial Publications].  Jerry Wilson served as Project Manager for planning, design, and construction of the Oceanside Water Pollution Construction Plant.  Jerry passed away March 31, 2009.  [Jerry Wilson’s biography].

The Oceanside plant was built directly adjacent to and under the San Francisco Zoo.  Parts of the zoo had to be temporarily relocated during the construction.  One of the exhibits that stayed in place was the Gorilla enclosure where the adult and juvenile animals romped about and thrilled the visitors. 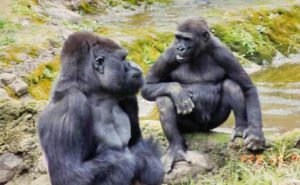 A mature gorilla would run around and make loud noises when the pile driver was in operation.  This gorilla obviously was very upset.  The workers at the zoo noticed this behavior and concluded it was due to the use of the pile driver.  They reported this to the zoo management, and the management went to the construction site to ask how the pile driver could be silenced or some other method could be taken to lessen the impact upon the gorillas.  Jerry was the main construction manager for the project, and he listened to their complaints.  They set up a demonstration whereas the group, including Jerry, went over to the gorilla enclosure when all was quiet to observe the animals.  The animals were all very calm and nothing was going on.  Jerry then called the construction site and told them to resume the pile driving. 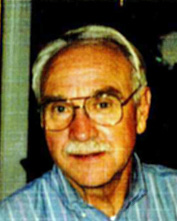 Sure enough, when it started, some of the gorillas actually put their hands over their ears and hunkered down in a fetal-like position.  I (unknown author) was there and saw this reaction.  The mature gorilla became very angry and raced around the enclosure making very loud noises.  The pile driver was stopped; and after about 15 minutes, everything cooled down in the enclosure.  The pile driving was stopped for the day, and we retired to the construction site to discuss the problem.  The construction team concluded that the pile driver was essential and that the piles could not be inserted with a drilling operation or some other construction method.  It was asked if the gorilla in question could somehow be relocated, and this was rejected by the zoo personnel.  The possible solution was putting this gorilla in its cage (solitary confinement) to see if that would help, and this did not work.  The gorilla was still very upset.  Using a tranquilizer was discussed and dismissed as too dangerous.  This particular gorilla was the most prolific “breeder” of the group, and nothing could be done to threaten it.

The pile driving started; and while the gorilla was irritated, it did not make loud noises or run around.  The pile driving went on for some time; and as long as we were there (actually, as long as Jerry was there), the gorilla stayed fairly calm with us in the isolated corner of the enclosure.  When the pile driving stopped and the food was exhausted, we left.  The gorilla stayed next to the feeding site until we were out of sight.  The follow-up meeting back at the construction site went well, and it was decided that the zookeeper and Jerry would feed this gorilla every day before the pile driving started and stay until it was done.  This went very well, and the feeding went on for many days.

The zoo management concluded that the gorilla had become very attached to Jerry.  Breeding season was in full swing.