Snapshots of the Early Corvallis Office

This drawing and the one following were created by Jim Howland while he was stationed in Saipan,
envisioning his dream of what the future design of the firm being planned with his partners may look like.
Note his reference to this "Dream Site" in his letter to Holly Cornell dated 15 October, 1945. (See "Letters--How It All Began") 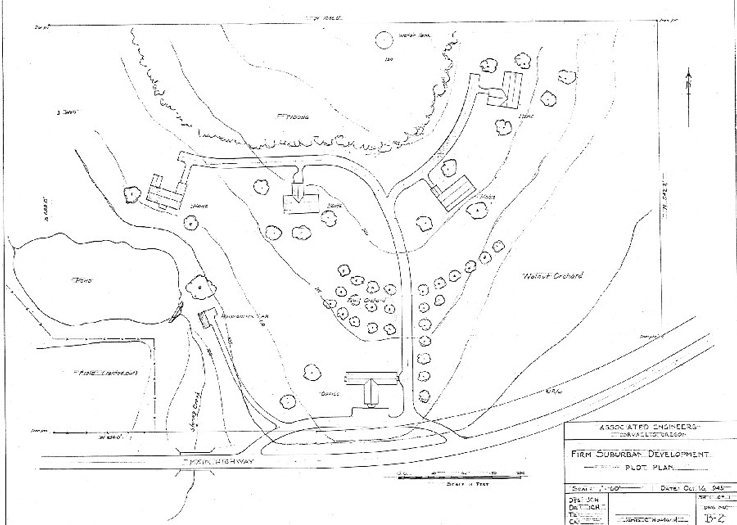 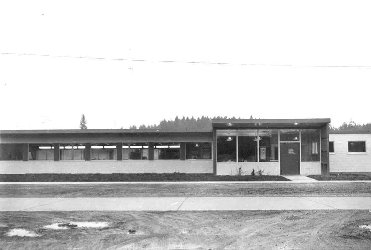 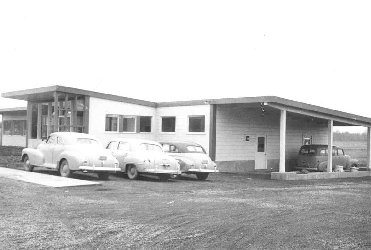 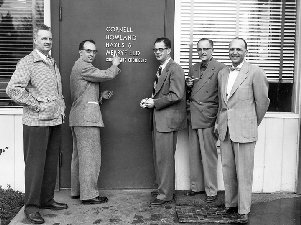 The drafting room in the new office, 1950.
Front, From L to R: Burke Hayes, "Swede" Nordquist 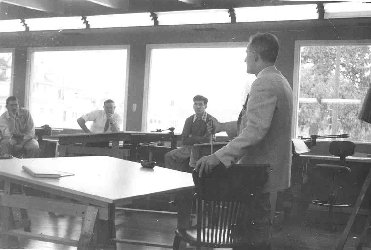 The first soils lab, circa early 1970 in Corvallis, was efficient,
but unpretentious! From Left to Right - Ron Bell,
Ed [??], Larry Well 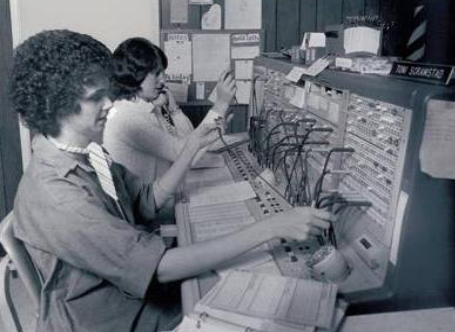 Virginia Connor (foreground) and Toni Scramstad
at the Corvallis switchboard. (circa 1976).